Lu Chase is a songwriter, vocalist and all round performer from Cape Town South Africa. Her

music has been released all over the world including Europe, North America and Africa. She’s

Quincy Jones who set Lu on a path of distinction and originality.

She has travelled and performed on stages in many places including The UAE, South East Asia-

The Republic of Seychelles. Lu has performed alongside celebrated artists such as Fatboyslim,

The Audio Bullies, Louie Vega, The Stereo Mc’s and notable South African artists such as

Goldfish, Flash Republic, Tasha Baxter, Locnville and Goodluck. She has had numerous no 1

front person for Iridium project during 2003-2009. Their last album was SAMA nominated in

2009 and the band split amicably after that.

Extravaganzas and Barnyard Theatre shows. Lu also forms one half of pop band “LUX” and they

are currently recording their debut album. As an actress she has filmed for Kyknet in

Johannesburg and X con films in Cape Town. She has co produced a mobile tv show called “How

to with Lu” for www.bozza.mobi and continues to explore the music and film industry in Africa 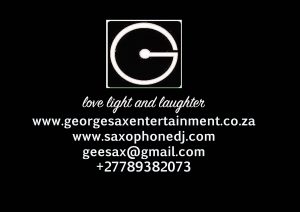